Farm Heritage Series: Bryant Agriculture "From One Generation to Three"

Family values are what Bryant Agriculture Enterprise takes pride in most with continuing the family farm tradition from generation to generation. We’re telling the story of this storied farm through the eyes of Kasey Bryant Bamberger, the 3rdgeneration to be a part of the farm. 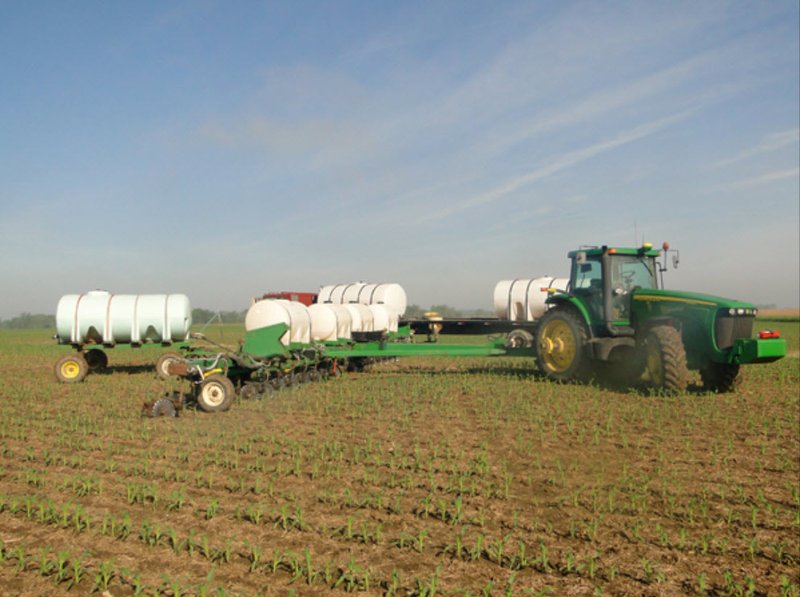 During The Great Depression, Albert and Margaret Bryant purchased a 258 acre farm located in Washington Court House, Ohio that was passed down to their son, John Bryant in 1958.  John pursued his career in farming and expanded the operation to make room for his sons, Mike and Mark Bryant, who would eventually take over.  Little did John know that one day this farm he put all of his hard work into would become Bryant Agriculture Enterprise. 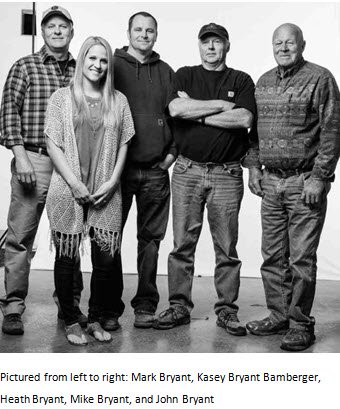 Having the same goals as their parents did in treating everyone that works for them or with them as part of their family was what Mike and Mark Bryant wanted to achieve for their operation.  Mark’s daughter, Kasey Bryant Bamberger, a 3rdgeneration farmer at Bryant Agriculture, felt that their foundation of honesty, integrity and hard work that has stayed the same through the years helped pave the way for her and her cousin, Heath Bryant, Mike Bryant’s son, to start to take the reigns.

Growing up on the farm allowed Kasey Bryant Bamberger to have many fond memories and attachments.  One of Kasey’s fondest memories was during harvest season when her mom would prepare dinner for everyone that was spending countless hours in the field.  Once dinner was ready everyone would come up to the house, sit and eat dinner together.  When harvesting moved further away from the house, Kasey, her mom, and sisters would pack up the food and deliver it to everyone working out in the field.  Even with the growth in acreage and employees over the years, it’s a tradition that is still going strong every night during harvest season.

Through the years, Kasey has always been hands on at the operation and likes to run the equipment.  She recently started helping plant wheat and beans.  Her favorite piece of equipment is their drill and while being comfortable working the smaller planter, she hopes to one day work her way up to the bigger equipment.  With all of the work being done in the fields, you can typically find Kasey these days in the office or in meetings but there are very few days where she’s doing the same thing.  She’s a jack of all trades in the office with managing the budget, handling the billing; crop insurance reporting, work administration, managing the office staff, and using data management programs such as Granular Ag to keep the farm running.

She says that Bryant Agriculture relies heavily on technology to help run their operation.  From the equipment to the data management, they know in order to be efficient they must use the most cutting edge technology to help make the best decisions.  With the ever-changing Ag industry, they have adapted data management into their practices.  Kasey uses Granular Ag’s software program to better manage their operation by capturing inputs and work done on a particular field giving them the capability to manage from a field level.  Capturing as much data as possible has allowed them to make good decisions for the future of the operation.

Even though Kasey does many different jobs at Bryant Agriculture the one thing she enjoys the most about the operation isn’t the land or the equipment; it’s the people.  Everyone that is involved with the operation are truly some of the most genuine and hardworking people she’s met.  While she knows she’s still young in her career, she gains pride and respect every day by a number of contacts that have been willing to help teach her different aspects of the industry.  “If you are involved in Ag and you want to develop as an individual, there are countless amounts of knowledgeable people that are willing to help,” Kasey says.

Bryant Agriculture is a family farm but they always make sure to do their best in separating family and business when it comes to moving forward as an operation and that is why forward thinking and communication are so important.  They know in order to keep the operation going they have to do what is best for the operation.  At times, it can make for some tough conversations but the best mode of action is open communication with all of the family members, those that are involved and those that aren’t involved with the operation.  They want to be transparent with everyone and the future goals and plans they have for the farm.  Whether it’s an agronomic decision or succession planning, no conversation is too big or too small to have.  Seeking outside expertise also helps with creating a network of knowledgeable people to allow them to prepare for what’s to come.

Bryant Agriculture wants to continue to be on the cutting edge end of technology and forward thinking in the industry.  As agriculture is in a down market, they are aiming to focus on budgets, contain a good working capital, and keep a close handle on all aspects of the operation.

Kasey and her cousin, Heath want to continue to learn, grow, and gain knowledge from those that have been in the industry for many years.  They feel that with a great support team, they are able to learn from them and also hope to continue to relieve some of the day to day tasks from their fathers and allow them to enjoy life a little more.  Their fathers worked hard for it and Kasey and Heath know their great grandparents would be proud of what has become of the land.